The night I hid my turkey sandwich in the garbage after having eaten less than a quarter of it and immediately headed to work out again right after, I knew I had a problem.

While I was never clinically diagnosed with an eating disorder, I without a doubt had an unhealthy relationship with food and exercise that distorted the way I viewed my body (and sometimes still do).

The thing is when you have an issue with food and exercise and self-image, you never really get completely past it.

You get better, but you don’t get over it.

I share this not for my benefit, not for sympathy, and not for the shock and awe effect. But, rather, I want to share my experience and this information for those individuals who have been or may currently or eventually be affected by a similar condition.

It is my hope that by joining in the effort to raise awareness, I can prevent the same distortion from happening to you, your friend, your daughter, or a stranger.

I’d like to share my experience as I developed and then recovered from an eating disorder as well as a few tips that helped my recovery along the way.

How my eating disorder began

I had always been a chubby but well-adjusted kid.

I had the support of my family, I had friends, and I was successful in school. But, one thing I also had was a desire to achieve perfection.

Once I reached middle school, I became more aware of my body (as most young girls do), and I decided to make a change.

As I began this effort, I saw pretty significant changes pretty quickly. But, eventually, that “change” is what I began to feed on.

It was my goal to see how small I could get, thinking that being skinny or at least getting smaller was equivalent to achieving perfection.

I ate as little as I could get by with, and I ran or walked constantly. I snuck into my room at night to do extra crunches, jumping jacks, pushups.

I lost too much weight for my frame, and I became addicted to exercising and what I considered “healthy eating.”

In all reality, I was making myself sick from what I perceived as healthy.

Like I mentioned, there are a few distinct moments that I remember realizing what I was doing wasn’t healthy. One was the sandwich incident, and the other was on a jog with my dad and sister.

I insisted on running up ahead, literally refusing to stop running even though we had gone a fair distance on more difficult terrain than usual. I didn’t stop until I collapsed in tears.

What Helped Me Change

I’d like to say that my own realizations are what triggered me to stop this ill behaviour, but they didn’t.

It wasn’t until my family intervened that I actually began to make healthy changes.

Their help and support motivated me to establish actual healthy eating and exercise habits that I still maintain today.

Now, that’s not to say that I don’t sometimes still get caught up in wanting to exercise more to work off a heavier meal or seeing my body as larger and heavier than it actually is, but I’m much more able to recognize what is healthy and what isn’t.

A number of different things helped me overcome this eating disorder, but these are the primary factors that made the difference.

My brother, a health nut himself, put together a healthy eating plan for me during my early days of recovery.

He wrote out exact plans that even included what snack options I had when I needed to eat them, and exactly how much I had to eat. If I had established a similar plan prior to the lapse, I might not have gone so far into restricting my daily intake.

Healthy eating and exercising are good habits unless the result is an eating disorder.

Understand the reality of recovering from an eating disorder.

2. A Network of Support

My family recognized that I wasn’t making healthy choices and worked with me to make healthier changes.

They would sit and eat with me and encourage me on how much healthier I was actually looking.

Without this network of support, I wouldn’t have been able to reestablish my own understanding of health. (That’s not to say I initially accepted this network. There were definitely days that I pushed them away or shrugged off their encouragement, but they persisted and that’s what made the difference.)

Even though the exercise was an issue that contributed to my eating disorder, I still maintained this as one of the primary components of my plan as I was making changes.

To prevent over-exercising like before, I was strictly limited to how much I could do in a single day.

In those early days of trying to lose weight, I was doing so because I thought I could enhance my value by being thinner.

One of the other aspects that we worked on as a family was me relying more on my eternal value.

I learned to accept that my worth comes from my Heavenly Father who made me just the way I am rather than focusing on the values that the world (or really myself) placed on me.

An eating disorder isn’t an easy thing to recover from.

I’d venture to guess that it took me anywhere from 3 to 5 years to really reestablish healthy eating and exercise habits again; however, without these elements, it’s hard to tell where I would be today.

Or, be that person for someone else that gives a gentle reminder that looks don’t equate value. 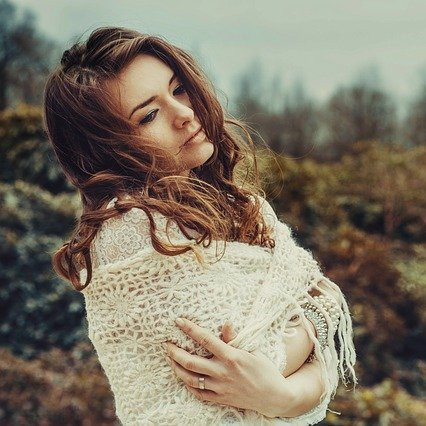 Mom of two little ones. Still learning and growing! What are you struggling with today? Maybe what worked for me will work for you, too.

MOMMYCRIBNOTES RULES: Comments are awesome and very welcome, but you must be respectful. Be kind even if you disagree and we'll all be happy.