We’ve all had times where we have lost control and said something inconsiderate or irrational.

Something we truly did not mean to say, but it comes across as being very mean to your kid.

Although you may not be aware of it, this could cause a negative and long-lasting impact on them.

Saying hurtful things is something we can all do when we’re feeling emotional and angry. However, our job as parents is to build our kids up and protect their innocent minds.

That being said, there are a few specific things you should refrain from saying to your little one for a healthy relationship with them.

11 Things you should never say to your child

Here is our list of everything you should never say to a youngster at any cost.

There isn’t any harm in trying to help a kid to do their work. However, if you invalidate their effort, you could put them off and that could be a major mistake.

If you correct your youngster at each step, they may begin to feel that they aren’t any good at anything, and they may start to think they are dependent on you when it comes to finishing tasks.

If you say the above sentence, inevitably your son or daughter’s confidence will be broken and this will be bad for you both in future. You’ll be leading him or her to believe that no matter what they do, they are wrong.

We believe it’s important that you congratulate your youngster for the effort they have put in.

Explain the work they’ve done is good, but there’s room to improve. This gives validation to your youngster that they can manage tasks independently. After that, you can then help them complete the remainder of their work.

If you congratulate your child, their confidence will receive a lifelong boost.

2. “Stop being unreasonable. There’s no reason for reacting that way.”

Every parent should avoid this sentence since you’ll be rebutting your child’s feelings directly by saying it.

We’re all different and the ways in which we react to various things or events as well as the way in which we perceive people are therefore different too. This applies to your children just as much as it does to you yourself.

Something that is fine for you could be seriously distressing for someone close to you to hear. If you say the above, you’re not only ridiculing your little one for expressing their feelings, but you’re also increasing the chance that they may refuse to share any of their feelings in future.

Parents have the responsibility for creating a positive environment in which their youngsters feel safe to confide. If you’re keen to keep healthy, strong relationships with your children, it’s best to avoid ever saying the above.

We’re all unique, and if you say this, you’re directly comparing your youngster and another person.

This statement discredits your child’s personality, and this will ultimately confuse them. They’ll be always thinking they have to be just like somebody else and this may cause a mental health problem in the future.

Comparisons will only destroy their self-esteem, even from a young age.

Make a rule and stick to it that you’ll never compare a child with another person, whether it be a sibling, another family member, or a friend.

Never throw a mistake that your little one has made in their face. As a parent and adult, it’s undeniably true that your experience in life is far more extensive than your child’s.

It’s fine to share experiences and concerns with little ones. However, if you express them directly, you risk being too harsh. You’ve probably already anticipated what the outcome will be of your youngster’s actions.

But, for them, it’ll be the first time they will have experience that result.

Instead, be more compassionate. Explain to your child that it’s fine to make some mistakes as long as they learn from them.

Children have very sensitive minds. Whatever you tell them when they’re young leaves lasting impressions on them. That’s why it’s so important that you never allow them to think lying isn’t a problem.

The line is very thin between a white lie and a harmful one and young children simply cannot differentiate between them because they don’t have enough experience yet.

If you encourage lying or lie to them (or around them), it gives your little one the idea that they can lie too. So never state that it’s ok to lie.

Your little one is completely reliant on you. You’re the only person to whom they can convey their fancies, whims, and demands, whether wrong or right.

It’s your job to ensure your children feel that they belong and if you blurt out loudly that you wish they’d never been born they’ll feel lost. Your child will start to feel as if there’s nobody that they can confide in.

Saying something like this to an impressionable youngster can shatter his or her emotional well-being. When a parent makes them feel as if they’re unwanted, they’ll feel the same about other members of their family, friends and, ultimately, society as a whole.

It’s devastating to hear your young one tell you that they hate you and it may be tempting at times to repeat it back to them in that moment of anger and distress.

However, you’re an adult, and that means you have to take responsibility within the parent/child relationship. That means you should never say that to a child, even if you’re furious.

Little things just like this can stay imprinted in their memory for life.

Parents should be prepared to acknowledge the various emotions their children go through, and crying is one emotion which we all experience.

If you fail to respect the emotion and ridicule them for it, you’re making a huge mistake.

Rather, it’s important to ask your youngster why they’re crying and explain that not everything goes the way they’d like it to before pacifying them.

Helping them to understand what’s happening and encouraging them to stop crying is the best way instead of comparing them to a cry baby and ridiculing them for crying.

If you tell your child you’re sick of them, this will only make them feel useless. And that’s a terrible mistake.

When you became a parent you signed yourself up to both the good and bad times, and if you tell your youngster that you’re sick of them, that will only dishearten him or her and make your son or daughter feel worthless.

Instead, stay calm. Explain clearly what they’ve done wrong and why you’re upset. If you can calmly explain, most children can understand.

As a child, your family is your whole world. Every child thinks that, whatever happens, their parent will be there with them always.

If you tell your son or daughter that you own the house, this ruins the whole idea of affection, togetherness and family for them.

Instead, help them to understand gently that it’s important to live harmoniously, and so there are some rules that must be followed rather than enforcing your ownership of the house upon them.

When your little one feels that it’s their house too, they ultimately try to take more responsibility towards it, and this means they’ll try harder to follow your rules.

As modern parents, this is absolutely one of the worst things you could say to your son or daughter. Teaching equality to children is essential, and that means explaining both genders should carry out all tasks.

If you say the above, you’ll only be exacerbating the toxicity of gender discrimination within their minds.

Tips for stop yourself from saying hurtful comments

Researchers have said that saying sentences such as the ones we talked about above can have a major effect on your child’s psychological and physiological health. So, here are some top tips to help you avoid making mistakes:

When you’re dealing with kids, it’s all-too-easy to lose your cool.

If you’re arguing, try staying composed and calm. Take some deep breaths and explain with affection and care to your son or daughter instead of exacerbating the argument.

Sometimes parents need a timeout too.

If you’re not able to stay calm, it’s best to walk away from the argument.

Instead of blurting out a hurtful sentence, say something like “let’s not take this any further” or “we’ll talk about this later”.

After you’ve left the argument, you’ll be able to calm down and control yourself much more effectively. Hopefully, they will have cooled off too!

Frequently, when we’re arguing, we bring up things from the past.

It’s important to stay in control so you don’t rile up the argument. If you bring up a range of different topics together, you’ll only be drawing out the argument for longer and making it worse.

Try not to go off-topic as this will affect the argument in the long-run.

If nothing else is working, the best course of action is just to give your kid a big hug.

This will help to pacify both of you. The touch of another person can do wonders, and it can calm your mind more easily than words ever could.

It’s only human to sometimes lose your cool.

You’ll often end up saying something hurtful in the moment of anger and that could be something you don’t even mean. Not to mention something you’d never actually want to tell your child.

But it’s important to remember that your little one depends on you entirely. Your behavior, actions, and words have an impact on their strength, positivity, and confidence.

That’s why it’s absolutely imperative that you pay close attention to the words that you use to them.

If you found these tips helpful, feel free to share them with other parents by pinning to your favorite Pinterest board! 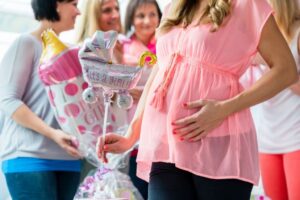 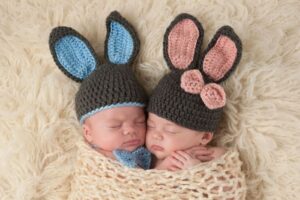 19 Easter Basket Ideas for Babies Under 1 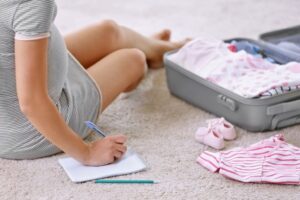 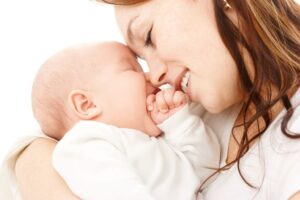